Events
Who are we?
Blog Tours
Reviews
Home » Archive by category 'Reviews' (Page 2)

Bane’s character has always intrigued me. So when I found out about this stand alone series I was excited. But you know what they say with great expectations comes great disappointment.The story itself was fluff. Unlike writer Clare’s Mortal Instruments & Infernal devices series. I felt led around by the nose the break between both […]

My first introduction to Leonard’s character immediately I think I know exactly where this story is going, and right away my reaction is to question. Do I want to read a book that humanizes some  Columbine wanna be? Portraying him as the glamorized victim. Recounting a justified account  of why he snaps and kills someone. […] 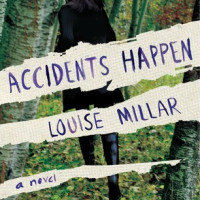 Accidents Happen, honestly I was intrigued by the synopsis. Can one person have that much bad luck. At the beginning its a slow read, the pacing. But a few chapters in  a mystery starts to form. And questions begin to bubble to the surface. Is Kate crazy, and who is this mysterious figure lurking in […] 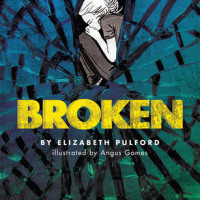 Broken was an experiment in fiction that was done right the. The Frankenstein addition of graphic illustrations within a novel. Gave Broken a graphic novel feel, it’s what made me curious about Broken in the first place. The concept was appealing and though the subject matter had been tackled before. The way in which it […]

What I love about writer Briggs Mercy Thompson series is that there is always more to the story. Just like an onion there are multi layered. One central story with subplots that connect to form a bigger picture. Sometimes the journey is better than the destination. I wasn’t so too happy about the plot in […]

Shadow of the Mark the follow up to Carrier of the Mark. SOTM is a better ride than the first book, in my opinion. Though I must admit I was expecting a lot and after the first few slow chapters. I was beginning to get disappointed. Nothing was happening and my interest waned. But simmer […]

Indelible is one of my most anticipated books to read this summer. After browsing the synopsis. I had to read it. At the heart of the book Indelible it’s a love story. Two individuals meet one human the other not. Understanding and a slow friendship is formed with lots of unintended attraction, quickly becomes mutual. […]

Defying the Odds starts out slow and sweet two strangers meet and a connection is felt. Leaving Clay smitten and Melody intrigued  but not for the same reasons at first she’s drawn to him because his gruff exterior reminds her of her father, but it becomes more. I like the progression of their romance tentative […] 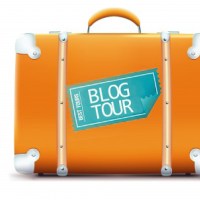 Normally my mythical go to creatures are not mermaids because I felt there wasn’t much story there. However after reading Of Triton by Anna Banks I was pleasantly surprised that I liked the story. Books about mermaids aside from the star-crossed lovers angle, what eles was there? Yes there is that element in Of Triton […]