Events
Who are we?
Blog Tours
Reviews
Home » Archive by category 'Reviews' 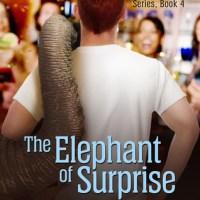 The Russell Middlebrook series was a pleasant surprise. I was caught off by the forth wall style storytelling. Raw and engaging that  often breaks the fourth wall through out the story  talking directly to its audience, the reader. Which was something I’ve only seen in movies and television shows. I also liked the fact that […] 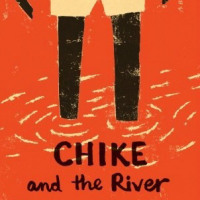 The image of a young boy standing in water. The art work caught my eye across a crowded library. And began my journey into Chike’s world. As I read I fell in love with Chike he reminded of many a young eleven year old right on cusp of adolescence but still have quiet shaken their childlike innocence […] 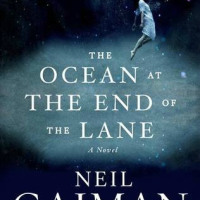 After I finished The Ocean at The End Of The Lane I did’t know where to begin to review it. Words like  nostalgic, haunting, beautiful come to mind. Set in the English country side in this beautiful town-quiet creepy some what isolated and lonely. The nameless narrator tells the narrative of his life and a life […]

The Island of Love and Excess was an interesting read. It wasn’t your regular dystopian novel. But smart with rich dialogue and flawed characters. Begs to ask the question if there was a major global catastrophe how would you react as a survivor. And how different would you be from the person you. Writer Block […]

Fates is a well written book descriptive with a compelling concept. I was intrigued by writer Bross’s idea of fate and the world in which Corinthe came from. Which I must confess was the reason I was originally drawn to this book. But the spell was broken all to soon as it became apparent after […]

Fat Angie is penned from the perspective of  a rich wonderfully flawed character, who happens to be bullied by her class mates. F.A is very relatable. That the reader can identify with her on some scale be it small or her situation in its entirety. Writer Turjillo takes you into F.A ‘s world a self […]

Origin is the fourth book in the Lux series by writer Jennifer L Armentrout. I haven’t read the previous books in the series. And  I’ll admit the cover pulled me in. Pretty covers notwith standing I was pleasantly surprised. Books in this particular genre (aliens) aren’t usually my cup of earl grey. However that aside […]

I must say I wasn’t expecting much when I started reading this eBook, because great expectations comes disappointment. Still I hadn’t expected to like this read as much as I did. I love it when a book surprises me. So let me list the ways I both liked and disliked Koishi. The romance which shocked […]

The Burning Sky was an experience the world, the characters, and mythology. Reviews of The Burning Sky so far are mixed some readers love it, while others don’t. Mood is a factor when giving a rating and sometimes I do wonder if my mood is always middle the road. Many times where I see a […]

The Rule of Thirds is fun light reads with some substance and a dash of romance. Through out the pages we are privy to a small view of teenage universe, through Pippa’s eyes. A talented budding photographer with a passion for the medium. Still Pippa doubts herself  and whither she can win the photography competition […]