Events
Who are we?
Blog Tours
Reviews
Home » Waiting on Wednesday » Waiting On Wednesday
28/09/2011

Waiting on Wednesday is a meme created by Jill at Breaking the Spine. Showcasing titles we’re eagerly anticipating.

But with a mother on the lam, the girl he loves about to take her place in the Mob, and new secrets coming to light, the line between what’s right and what’s wrong becomes increasingly blurred. When the Feds ask Cassel to do the one thing he said he would never do again, he needs to sort out what’s a con and what’s truth. In a dangerous game and with his life on the line, Cassel may have to make his biggest gamble yet—this time on love.

6 Comments on Waiting On Wednesday

Lola and the Boy Next Door
by Stephanie Perkins
After the release of Anna And The French Kiss and all the rave reviews I was nervous to buy Lola And The Boy Next Door. We all know how viciously disappointedly the hype monster can be, so I waited a few months. Just to see if the hype w…

Flipped
by Wendelin Van Draanen
Wendelin Van Draanen’s writing style is aces I felt like I was eavesdropping on Bryce and Julianna. The dialogue was smart and sometimes witty, the situations were relatable. A beautifully told story of growing up with the boy next door …
tagged: 40-book-challenge

Heck: Where the Bad Kids Go
by Dale E. Basye
Heck its the reformatory school where unruly kids go when they die.Where else can President Nixon teach ethics, Lizzy Borden home economics,Blackbeard the pirate be a gym teacher . It’s the last place any child wants to go. This is whe…
tagged: 40-book-challenge and books-i-own 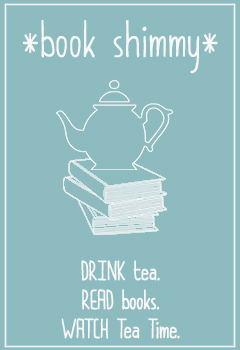